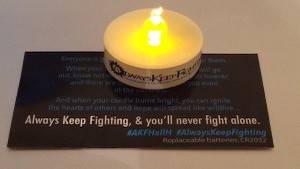 Occasionally, I’ve done some profiles on certain celebrities that are continuously charity minded. Now, one fandom in particular has inspired me to do something new called a “Fandom Feature” because they’ve been the definition of charitable and ultimately, Altruistic Events really does strive to be able to pair the power of fandoms and charitable giving. The first “Fandom Feature” is for the fans of The CW’s television series, “Supernatural“.

In case you’re unaware of what a fandom is, Oxford Dictionary defines fandom as the fans of a particular person, team, fictional series, etc., regarded collectively as a community or subculture. If you have ever been heavily into a music band or sports team, even if you didn’t know it, you’ve been a part of a fandom! With the arrival of the internet, likeminded fans of have been able to gather in greater mass online to collectively discuss the object(s) of their admiration and attend things like conventions that have also helped for people to connect with each other, in person. As a result, sometimes we see negative aspects of the collective group however, we also get to see some of the most inspiring and thoughtful parts of humanity. 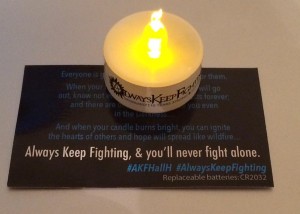 “Supernatural’s” fandom has shown how much they care about helping others and making the world a better place. And example of this — one of the show’s stars, Jared Padalecki (Sam Winchester), has been open about his struggles with depression and even started a t-shirt campaign called “Always Keep Fighting” which benefited nonprofit organization To Write Love on Her Arms (TWLOHA) (it also benefited the Wounded Warrior Project) and raised above and beyond the initial targeted goals with the support of the fandom.

Last year, leading up to San Diego Comic Con, fans, originally organized by Anne Kirn (with help from Misha Collins’ Random Acts non-profit), were so inspired by Jared speaking out and some of the more recent struggles he was having, that they decided to take action with a nice surprise showing of support. At the start of the Q&A portion of the “Supernatural” panel, fans held up battery-operated tea light candles, making for a very touching moment. Below is the reaction of the panel. Pay close attention to Jared (far left) at around the 2:00 mark:

What’s so impressive about this fandom is the fact that it’s now prompted a real and active partnership with the stars of the show that is sure to leave it’s mark on the lives of many. Previously mentioned, Random Acts non-profit organization, was inevitably inspired by Misha’s generous interactions with the “Supernatural” fandom. Their stated mission is to “conquer the world, one random act of kindness at a time”. It’s truly touching the amazing things they’ve been able to so. A great look into some of the ways this completely volunteer run organization does it is here:

On February 12th, Misha and Jensen Ackles (who plays Dean Winchester, the other half “Supernatural’s” Winchester Brothers) announced the development of #SPNFamily Crisis Support Network with Random Acts. According to their website, they are a “community support system which helps fans cope with mental health issues such as depression, self-injury, and addiction.”

This will be a partnership with two great non-profits with a focus in this area – IMAlive and TWLOHA. The most interesting and amazing thing about this Crisis Network is that it is set to be manned by trained fans. Funds to support the line are currently being raised with a t-shirt campaign called “You Are Not Alone”. Shirts can be purchased at Creation Stands (Creation Entertainment is the producer of the biggest Supernatural Conventions in the United States and has recently started this charitable giving platform).

This is truly a thoughtful and impactful fandom and it’s pretty awesome to have seen how much it’s grown. I look forward to seeing how much more of an impact they will leave (and I’m sure it will continue even after the show ends). I also hope to one day become involved in working to help support some of their amazing work.