Early in the evening, a diverse group of people filed into Professor Thom’s in the East Village, donated $10 for the Hope and Heroes Children’s Cancer Fund, browsed items raffle/auction items and art prints by Lord Mesa and enjoyed thoughtfully made cupcakes from Kristina Brunswick of Sweet Tooth Pastries. In anticipation of an exciting episode of one of their favorite shows, they found the perfect seats to watch the show, ordered food and Arrow themed drinks, and even got to know each other. The host, Jeff J of That ADHD Show, stirred up some excitement and introduced a representative from Hope and Heroes, Jeremy Shatan, who spoke about the amazing work that the organization does. And then 8PM arrived and all attention turned to the screens.

While the show aired, the crowd was very vocal about their opinions of what was happening during the show. They laughed, cheered and clapped throughout and live tweeted (#TeamArrowHH). It was clear that people were having a good time together enjoying the show and knowing they were doing something they enjoyed while raising money for a good cause made it even sweeter.

After the show ended, a last mention of the raffle items was mentioned and the auction for select items began. The auctions included donated art by Lord Mesa, Mr. Jay Designs (Casey Jones), and an Arrow 2.5 Comic Book signed by members of the show’s cast. Raffle items donated included 2 pair of archery lessons from Gotham Archery, two art pieces designed by Jason Lillard, and a t-shirt from fan Jay Ryan’s online store, Queen Consolidated. At the end, an attendee even donated his own personal photo signed by Jared Padalecki of Supernatural. The good spirit of the evening was absolutely palpable.

At the end of the night, a tally of the total money raised for Hope and Heroes was done. This included the money raised with the Represent campaign, donations made directly to the charity website made for the event and the money raised that evening. Much to my surprise, we reached $2900. I originally set a personal goal, when I first started planning the event of $2000 and this far exceeded it. It’s important to note that there was about 60 fans in attendance and we were able to raise nearly $1000 at the party alone.

What I discovered through the process of planning this event and all the way through the execution and even after is that this fanbase is really great. They are some of the most kind, respectful and giving people I’ve come across in fandom. In the week after the event, I’ve seen fans who didn’t know each other quickly become friends. I’ve gotten offers on things to do and time people would give for the next party. I’ve taken time to personally thank as many of the attendees as I could and plan on reaching out to others in the coming days. I firmly believe that what Stephen Amell set in motion with his “Sincerious” campaign, particularly the idea that the word is about “initiating any action while spreading as much good karma as possible” was exemplified that night and he should be proud. This group was a small example of what a mindful, positive collective consciousness can do. (BTW – Take a second to check out the Sincerious campaign that Stephen has kicked off a final launch for HERE. Proceeds go to Paws & Stripes and Stand for the Silent)

So I’d like to end this by giving one great big thank you to everyone who helped make this event a success. From my friends who were so supportive in both spirit and in person to all of the people who donated either their time or products to all of the people who attended — THANK YOU!! Let’s keep this momentum going. Premiere Party in October? See you there!

Check out the great event photos by Adam Wong and Ashley Wells Photography! 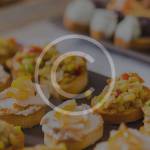 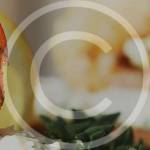 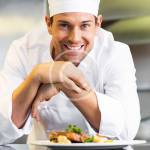 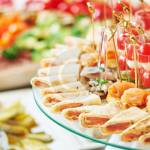 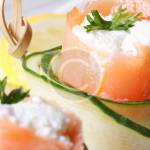