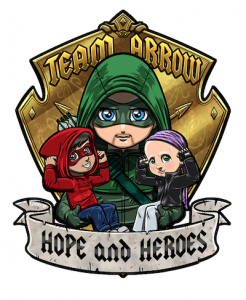 Benefiting: The Hope and Heroes Foundation for Children’s Cancer Fund

Altruistic Endeavors oversaw every aspect of the “Team Arrow: A Sincerious Viewing Party” in New York City, inviting fans of the CW Network’s Arrow television show to help raise funds to benefit the Hope and Heroes Foundation for Children’s Cancer. AE developed the party concept, came up with the event name which was based on a phrase coined by Arrow’s star, Stephen Amell about doing good. We handled every aspect of the logistics for the event including but not limited to sponsorship, merchandise development with a popular fan artist, Lord Mesa, and oversaw every aspect of the online and in-person fundraising which resulted in well over $8,000.