Top of The Hill Fundraising Event 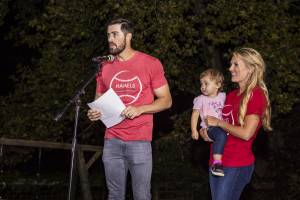 Altruistic Endeavors was hired as the Event Coordinator for The Hamels Foundation’s Second Annual Top of the Hill in a suburb of Philadelphia, a family friendly carnival style event. AE was enlisted to do volunteer coordination, oversaw the silent auction, obtained in-kind donations with sponsorships, developed the run of show and script, as well as celebrity wrangling. We contributed to the funds raised for the event with an extra income opportunity for fundraising with a photo op with players from the 2008 World Series winning Phillies team. Over $80,000 was raised in support of quality education in the U.S. and Malawi, Africa.